Digitalizing Court Judgements Via the UWAZI Platform by the CLEEN Foundation 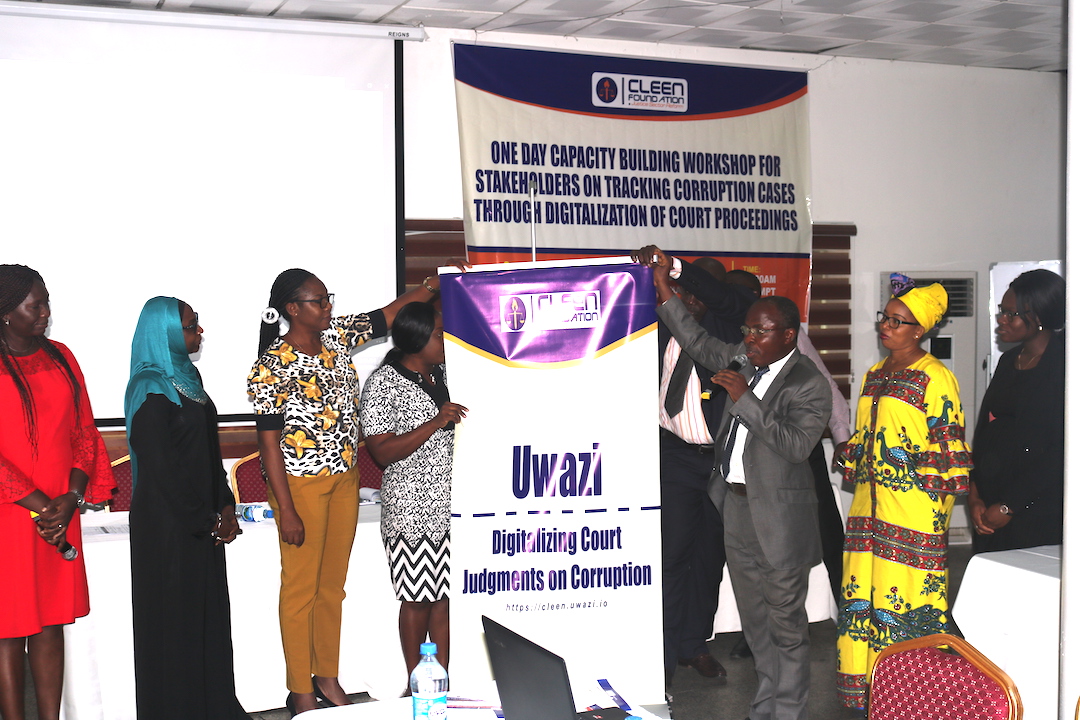 UWAZI Platform launched in 2019 by the CLEEN Foundation, a non-governmental organization to promote public safety and access to justice, as this enables the digitisation of and public access to court judgements.

The success of the Administrative of Criminal Justice Act, ACJA 2015, is imminent and consciously a drive by the Cleen Foundation. Over the years, this organization have dedicated resources for the awareness of this policy in Nigeria. This policy which was implemented to ensure that Nigerians have their fundamental right and such right not thwarted or handicapped. In 2019, the Uwazi platform was officially launched to aid this act. This, however, was in a different light: the digitization of the court judgements and accessibility of these court proceedings by the general public. This is primarily with the aim of promoting and ensuring accountability and transparency in the dealings of the court judgements and proceedings in Nigeria.

Funded by the MacArthur Foundation, Uwazi was designed by the Human Rights Information and Documentation Systems (HURIDOCS), a data-based human rights organisation.

In addition, during the general election, we deployed technology to monitor the activities of security agents under our Election Security Management Project. We were able to report to Nigerians real-time development from the field,” Olugbuo said.

Believing that technology is the way to go in solving some of Nigeria’s problems, he said Uwazi boasts of functionalities that include search, filter, tracking of documents, cross-referencing, and the viewing and downloading of court rulings within the reach of the public.

“It is important to note that the concept of digitisation of court cases is not new,” the executive director said.

“It is being practised in Nigeria and other countries. For instance, electronic legal documentation has been firmly established and stable in Austria since 1999. And in the United States, digitising court proceedings and electronic online case files have been the standard in their federal courts in over a decade.”

It was revealed that Cleen Foundation had data collectors in each of eight states: Abuja, Anambra, Ekiti, Enugu, Kaduna, Lagos, Ondo, and Oyo; as they were on the lookout for more personnel and volunteers. The data collectors observe court proceedings, especially ones related to corruption, get a copy of the judgement, and then upload on the platform.

According to Olofin, “We are bringing an angle to the project where the public, legal practitioners, and scholars can go online and access the court cases that we have uploaded on the platform,” she explained. “As we speak now, we have about 262 cases on the Uwazi platform, including those on corruption and financial crime.”

She said the foundation plans to establish resource centres where people can get hard copies of the documents that have been uploaded on the platform, especially for those without internet access. The first of such centres will be launched in Oyo State in June.

In a hands-on technical session, Gabriel Akinremi, a senior IT officer at CLEEN Foundation, took the participants through a step-by-step process of tracking and uploading cases on the platform. In response to a question from The ICIR, he said lawyers and members of the public interested in collecting data for the platform are welcome to apply with CLEEN Foundation.

Also in attendance at the launch were Tolulope Agunloye, a project manager with BudgIT who spoke on how ICT may be applied in fighting corruption; Amina Salihu, Senior Programme Officer at MacArthur Foundation; as well as representatives from the Ministry of Justice, Federal High Court, and Nigeria Police.

Going through the Uwazi platform, The ICIR observed that as of the time of writing there are 137 cases on the website related to financial crimes, 106 related to corruption, 15 related to accountability, and 62 “other related cases”. Also, 234 cases have been decided, 18 are subsisting, and six are pending.

The majority of these cases (70) were decided or are ongoing in the Federal Capital Territory, closely followed by Anambra with 47 cases and Enugu with 46 as when it was launched but this has long increased with lot more cases uploaded on the platform with 371 financial crime, 219 corruption cases; 96 other related cases and 53 matters related to accountability and transparency.

Some of the documents scanned and uploaded, through the use of Optical Character Recognition (OCR), can be easily copied if previewed; but this is not the case for all the uploads. For the latter category, the words in the court judgments are displayed as part of search results.

Currently,  the platform does not allow users to upload documents on court proceedings or provide additional information about uploads.

CLEEN Foundation is implementing a project aimed at digitalizing courts proceedings in Nigeria with a view to promoting accountability and transparency in the fight against ... Read More

Cleen Foundation: Promoting Accountability and Transparency in the Administration of Criminal Justice System (ACJA 2015) in Nigeria

Cleen Foundation on the 16 September 2020, alongside her partners addressed the underlying factors that will give rise to Transparency and Accountability in the Administration ... Read More